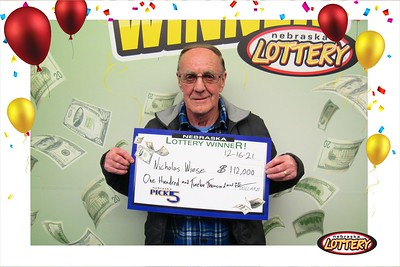 For the past 10 years or so, Wiese has been playing the same numbers every day.

Wiese discovered he’d hit the jackpot the morning after the drawing and said he kept his winning ticket where he keeps all his tickets, right by the couch.