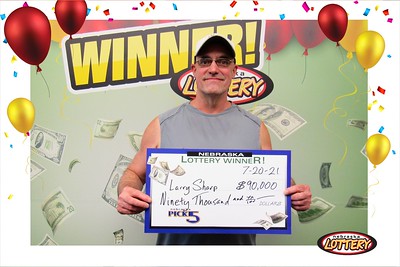 Sharp said he’s been playing the same numbers every day for about six months. There’s no reason for why he plays those numbers, he said, he’s just sticking with them.

He didn’t notice he’d won at first until his sister told him there’d been a winner in Bruning.

“She lives in Oklahoma now,” Sharp said. “She still gets news feed updates from Bruning and texted me that someone had won.”