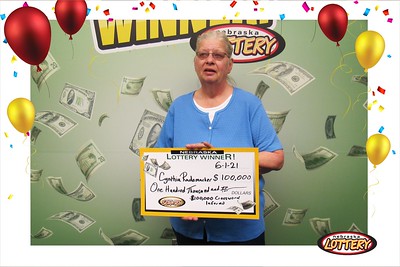 Rademacher claimed her prize on June 1 at the Nebraska Lottery’s Lincoln offices and said she’s won smaller amounts before, but nothing like this.

Rademacher said she’s going to put the money she won toward a house she and her husband are currently building.