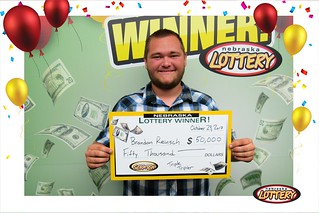 When he claimed his prize at Lottery HQ, Reinsch said that the clerks at the Geneva Casey’s were excited for him when they saw he had won. He plans to use the money to pay bills.