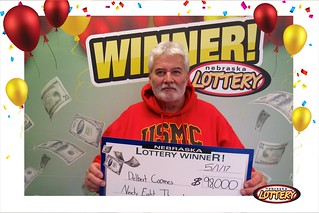 While claiming his prize, Coomes told Lottery officials that he heard the winning Pick 5 numbers while getting ready in the morning. “I couldn’t believe it,” he said. “I was stunned, I thought I might have hit four numbers.”

With the money, Coomes plans to take care of a few home improvement projects.