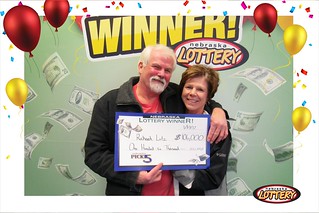 When Lutz claimed his prize January 23 he told lottery officials that he was anxious as he saw the results of the drawing. “My heart just stopped,” he said. “You just can’t believe it. It’s still hard to believe.”

Lutz is unsure what he will do with his winnings, but intends to spend a portion on his five grandchildren whose birthdays were the inspiration for the winning numbers in this drawing.