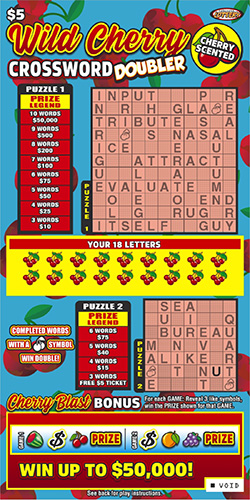 TO WIN: CHERRY BLAST BONUS: For each GAME reveal 3 like symbols, win the PRIZE shown for that GAME.
Overall odds 1 in 3.72
** Overall odds used and number of winners may vary based on manufacturer's omissions, unsold tickets, reorders and unclaimed prizes.