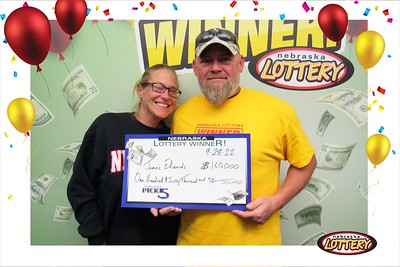 Edwards and his family had been camping when the numbers were drawn and didn’t find out until a few days later. When he did find out, Edwards said his boss told him to go right to Lincoln.

Since discovering he’d won, Edwards said he’s been shaking like a leaf. His hands were so jittery he almost had a little trouble signing the form to claim his prize.

He’s a daily player, something his wife Kim hasn’t always approved of, but she said sh thinks it’s paid off now.

“I’ve been doing this most of my life, and I’m not gonna stop now,” Edwards said. “You can’t win if you don’t play.”