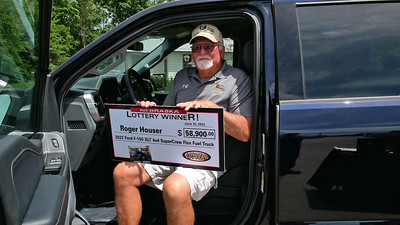 He bought his winning ticket after the Nebraska Lottery’s Lincoln offices had closed for the weekend, so he had to wait to see if he was reading it right.

“When I scratched it off I really didn’t do anything until Monday when I called and verified,” Houser said. “Wanted to make sure before I got too excited.”

Winning a new truck is great, Houser said, but the win could have come a little sooner. About a month ago he purchased a new SUV, so now he’s got two vehicles with that new car smell.