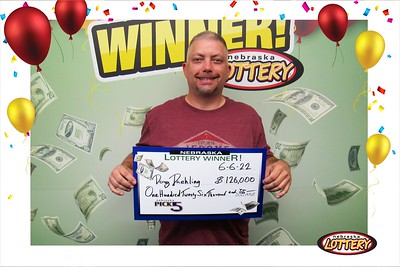 Before leaving for work on Monday morning, Daehling took a look at the winning numbers on the Nebraska Lottery website. Some of the numbers looked familiar, he said, and he figured he might have matched three or four. When he arrived at work, he compared his tickets to the winning numbers and discovered a match.

“I was at work, but I figured I should turn it in as fast as possible,” he said.

Daehling said he’s planning to use his winnings to pay off some debt. He recently took a vacation with a rented camper and now he’s thinking of buying one of his own.