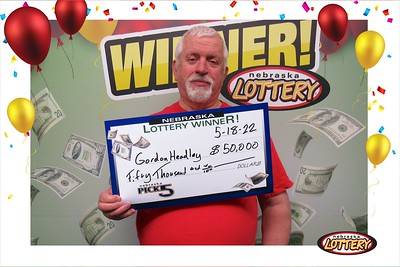 He’s a daily player and usually he’ll play a mix of birthdays and other important dates, but this time Headley decided to replay a different set of numbers. A Pick 5 ticket he’d bought won $450 on May 15 and so he decided to stick with those numbers.

Headley said he’ll be using some of his winnings to pay off some bills and hopefully help move up his wife’s retirement date by a few weeks.