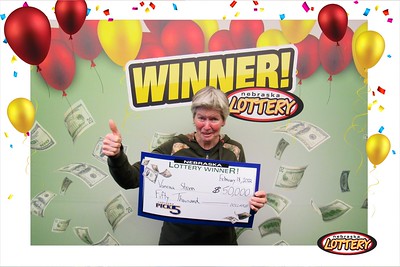 Strom purchased her ticket at Oakland Express at 909 Hwy 32 in Oakland. The ticket contained one play for the February 6 drawing which matched that night’s winning numbers 03, 13, 16, 17 and 34.

Strom said that when she first heard there had been a winner at Oakland Express, she was disappointed.

“I thought someone else must have won again,’” she said. “But I scanned my ticket and it said ‘Winner, please take to lottery’.”