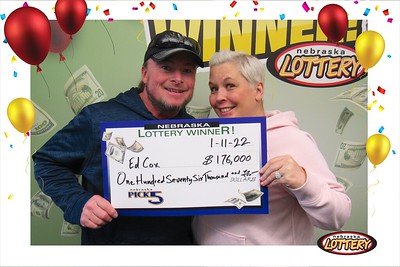 This isn’t Cox’s first time winning at Nebraska Pick 5. About 24 years ago he won a $30,000 Pick 5 jackpot right around the time his daughter was born.

“It seems like they both hit at a good time for us,” Ed’s wife Lisa Cox said. “We can really use this.”

Cox’s technique hasn’t really changed in a couple decades. He said he always plays one set of numbers that he picks and then another quick pick set.

They’re not sure what they’re going to do with the money yet, but one thing’s for sure, he said, it’s going to help a lot.