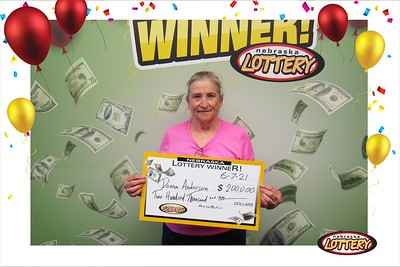 When Anderson claimed her prize at the Nebraska Lottery offices on June 7, she said she had been holding onto the winning ticket for a few weeks until she had a chance to come to Lincoln. Even though she kept it in a safe for almost a month, the win was a huge surprise.

“After I scratched it I was shaking like a leaf,” she said. “I gave it to the clerk to scan and I thought that lady was having a heart attack.”

Anderson said she’s planning on using her winnings to pay off the Jeep she recently purchased and she’ll be giving some of the money to her sister to help her brother-in-law retire.