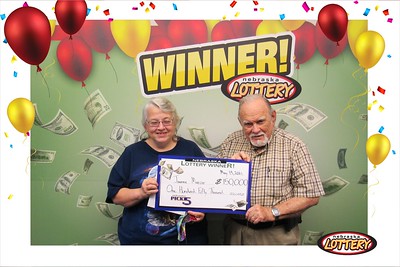 Manzer claimed her prize on Wednesday, May 19 and said she plays Pick 5 regularly, but this is the most she’s ever won. Before this, her biggest win was about $350, she said.

She checked her numbers on Tuesday night on the Nebraska Lottery’s mobile app, as she always does, and realized she’d won.

“It was a surprise,” Manzer said, “I ran upstairs to tell my husband and sons.”

Manzer said she’ll be using some of her winnings to pay off a few bills and she has a few plans for a little more of it.

During the month of May, the Nebraka Pick 5 jackpot will increase by $10,000 each time it is not won because of the Nebraska Pick 5 Jackpot Promotion See nelottery.com for details.