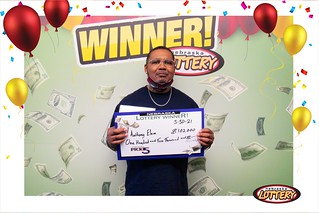 When he checked his numbers and discovered he’d won, Elem said he started shaking.

Elem is planning some bills with his winnings.