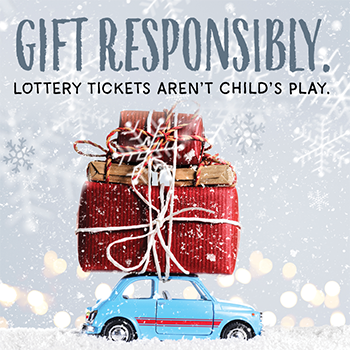 During the holiday season, and throughout the year, the Nebraska Lottery suggests tickets as a gift option for those hard-to-buy-for individuals on your list.

Lottery Director Brian Rockey has something to add to that: “We always encourage players to play responsibly, and we ask them to give responsibly as well.  Nebraska Lottery tickets are a great gift idea, but they should only be given to recipients who are at least 19 years of age.”

He added, “This has been a difficult year for many businesses and individuals, and we are grateful for the support of our Nebraska Lottery retailers and customers without whom we could not sustain our work on behalf of our beneficiary funds.”

When you give Nebraska Lottery tickets, you’re helping to build a better Nebraska. A total of $793,327,903 in Lottery proceeds has been distributed since the Nebraska Lottery began operation on September 11, 1993.