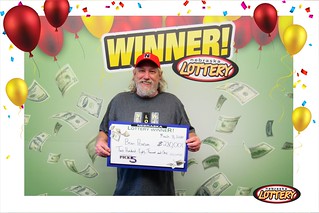 When Pearson claimed his prize at the Nebraska Lottery’s Lincoln offices, he said he’d heard through word of mouth that there had been a big winner in Kimball. When he checked his ticket and saw he’d won, he was in shock.

Pearson said he chose his numbers in honor of his wife who died a few years ago. He played her birth date as well as the date when she died.

“She’s my guardian angel,” he said.

Pearson said he won once before when a Scratch ticket from the Colorado Lottery won him $25,000.