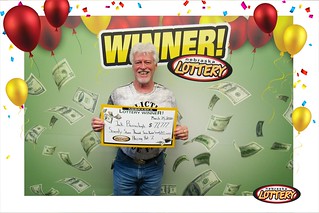 Barraclough, who claimed his prize on March 25 at the Nebraska Lottery’s Lincoln office, said he doesn’t play Scratch all that often. The most he’s won was about $150 before.

“I was breathless,” he said. “I was stunned”