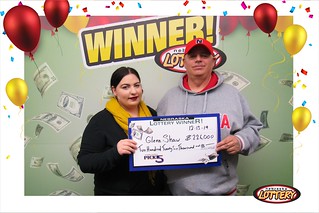 Shaw, who has been a daily Pick 5 player for 15 years, said that he’s been close to winning before, but this was his first time matching all five numbers.

Shaw said he’s planning on using some of his winnings to pay off his house.