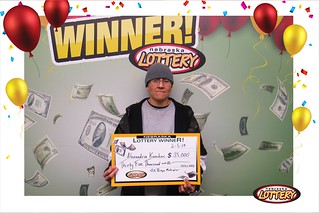 Kaaihue bought her winning ticket at Heritage Foodtown at 122 Main Street in Walthill.

When Kaaihue came to claim her prize at the Nebraska Lottery’s Lincoln office on February 5, she said she’s a regular player but this was her first time winning a big prize. She was so surprised, she wanted to get a second pair of eyes on it.

“I had to have my cousin look it over to make sure,” she said.

Kaaihue said the win hadn’t even processed yet, so she’s not sure what she’ll be doing with the money, but she said she’s very excited.