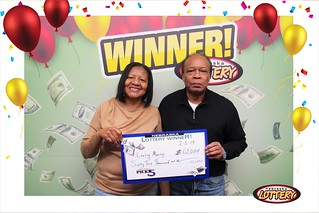 Murry, who is a daily Pick 5 player, said that he’d been watching the Lakers play the Warriors on TV until about 1:30 a.m. when he decided to check his numbers before bed. He saw that his numbers matched and went to tell his wife Darlene.

“He was so nonchalant about it,” Darlene said. “I was so excited I couldn’t even go to bed, but he fell right to sleep.”

The Murrys said they’re probably going to give their kids a little bit of their winnings and maybe pay off some bills and a car, but they’re not going to be able to retire just yet.

“We’ve still got to go to work,” Murry said.