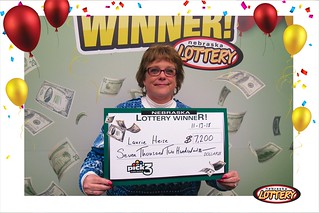 This isn’t Heise’s first time winning big at Pick 3. In July of 2016, she won $7,200 playing the same numbers. She said there’s no real significance to the numbers she uses, she does consider them to be her lucky numbers.

Even though she’s hit it big twice, Heise said she’ll continue to play the same numbers.

“I love to win and I love playing,” she said.

Heise is planning on helping her son buy a car and saving the rest of her winnings for Chirstmas presents.