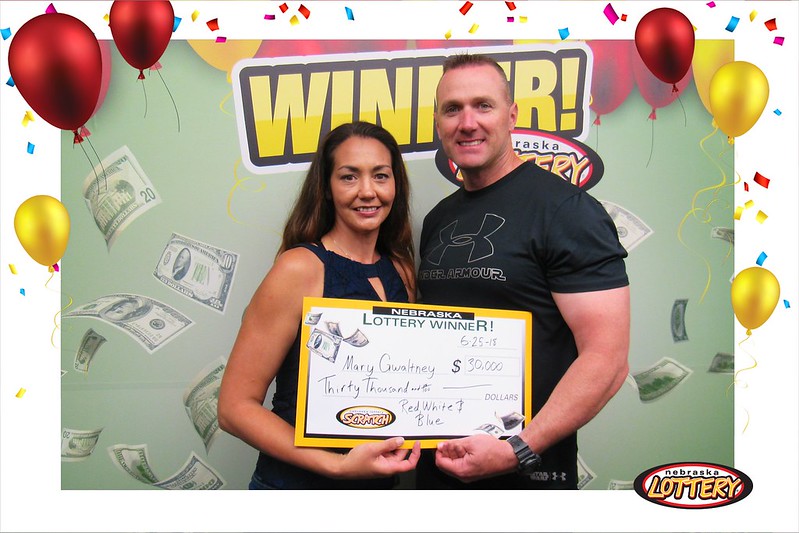 Mary Gwaltney was smack dab in the middle of a move from Camp Pendleton in Southern California to Quantico, Virginia with her husband William, their two sons and a miniature Doberman pinscher when she won $30,000 playing Red White & Blue from the Nebraska Lottery.

Gwaltney bought her winning Red White & Blue Scratch ticket—along with one for William—at the Fast Stop Food Store at 812 N Spur 56C in Hershey while filling up with gas. They forgot all about the Scratch tickets until the next morning when they scratched them at breakfast.

William scratched his and won $10, which he said he challenged Mary to beat. She scratched her ticket and saw three “treasure chest” symbols and started scratching off the prize box. At first she thought she’d won $3,000, but William told her it was 10 times that amount.

“I couldn’t even eat after that,” she said.

The family is planning to stop in Wisconsin to visit family along the route, but spent an extra night in Nebraska on Sunday. The family stayed at a hotel in Lincoln until the Nebraska Lottery offices opened on Monday morning and had a rough night’s sleep, Mary said.

“I put him in charge of guarding the ticket,” she said, pointing to the family’s miniature pinscher.

She said she told the kids that the money would be going into a college fund for them. The boys promptly told her they’d rather have a gaming computer, she said. William, on the other hand, thinks the money should go toward a great vacation.