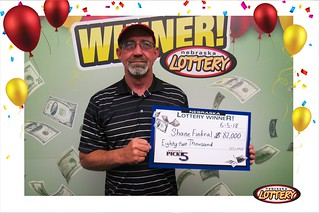 Finkral said that he was shocked and in disbelief after checking his winning numbers at a local Hy-Vee Food Store following the May 24 drawing.

Finkral said he’ll be investing some of his $82,000 winnings and using the rest to help his kids pay for college.