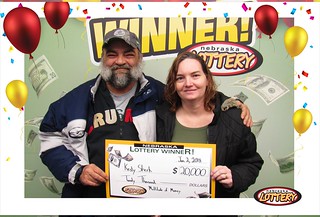 Sherk was gifted the winning ticket from her husband, Mike, who purchased the ticket as a 20th anniversary present for his wife.