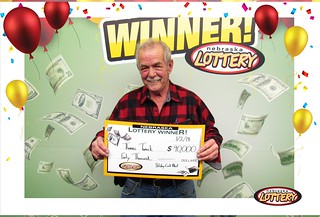 Tworek told Lottery officials when he claimed his prize January 2 that he had never won before. He purchased his ticked from Corner Stop at 220 23rd St. in Columbus on New Year’s Day.