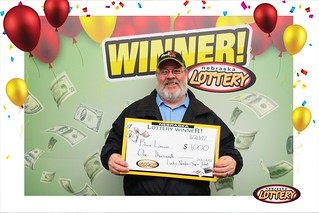 Lomison purchased the winning ticket from K-N-J Grocery at 3301 California St. in Omaha.

When Lomison claimed his prize, he told lottery officials that he didn’t believe the clerk when he was informed he had won. “I thought he was joking with me,” he said. “And he showed me the ticket.”