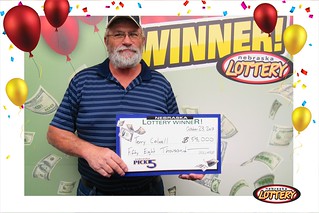 While claiming his prize October 23, Colwell told lottery officials that he didn’t believe it when the clerk checked his ticket, turned to him and said, “You won the big one.”

Colwell plans to use the money to finish his payments on his pickup.