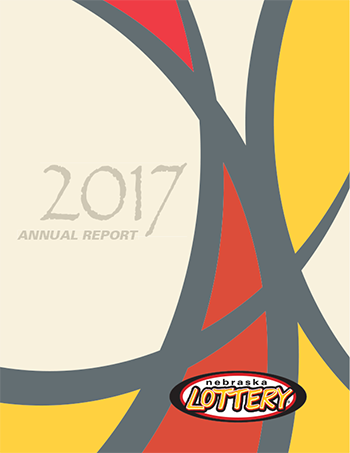 By November 1 of each year, the Nebraska Lottery is required by law to deliver its written annual report to the Governor and the Legislature. The report is a public record.

A request for proposals for office space resulted in a new location for Nebraska Lottery headquarters in Lincoln. Expanded digital advertising efforts reached players wherever they are consuming media.

The lottery announced plans to join the multi-state Lucky for Life lottery game. Sales of Nebraska Pick 5 continued to grow thanks to repeated promotions and the addition of daily drawings. And Scratch sales benefited from unique game formats and an enhanced Truck$ & Buck$ game.

Sales of all Nebraska Lottery games (Scratch and Lotto) for the fiscal year totaled $173.8 million.

Beyond these highlights, the 2017 Annual Report and Resource Guide contains information about general operations and major winners claimed at Nebraska Lottery claim centers.