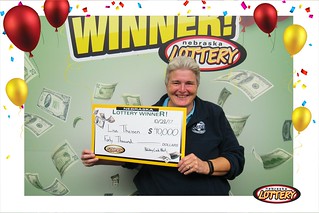 When Thiessen claimed her prize at Lottery HQ, she said that the win was still sinking in. She plans to use the money to help her son pay for his college tuition.