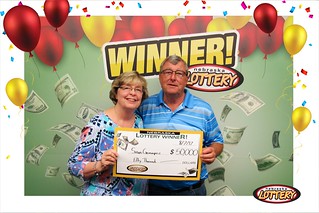 Gremonprez purchased the winning ticket from Speedee Mart at 13804 Manderson Circle in Omaha.

Before claiming her prize, Germonprez was ready to board a flight home to Florida when she decided she would head to Nebraska Lottery Headquarters in Lincoln to claim her prize after re-scheduling her flight.

With her winnings, she plans to finance a remodeling project on her home.