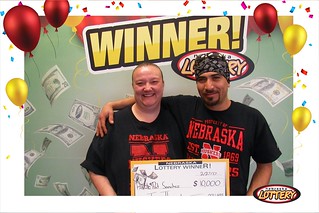 Pat Sanchez of Genoa won $10,000 playing No Holding Back from the Nebraska Lottery.

While claiming her prize February 27, Sanchez told lottery officials that she had won before but nothing close to this amount and was excited to see what she had done.

Sanchez won her prize on the “Crack The Code” play area of the ticket where players have to match an existing vault code exactly with one of six codes they scratch to reveal.

“I scratched the vault codes and – bingo – I cracked the code,” she said.