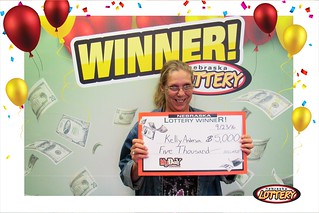 While claiming her prize September 23, Anderson told Lottery officials that she was overwhelmed with the news of winning. “It’s just exciting,” she said. “It feels like prayers have been answered. It’s been a tough couple of years and eventually my luck had to change.”

Anderson plans to use her winnings to buy a new car.