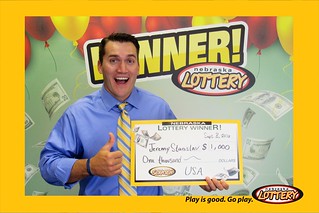 Stanislav purchased his winning USA ticket at U-Stop, 6801 Wildcat Drive in Lincoln. Scratching the ticket, he revealed matching numbers for a corresponding prize of $1,000.

While claiming his prize on September 8, Stanislav told Lottery officials that he didn’t realize he had won the $1,000 prize at first after scratching the ticket. “I thought it was $500, or that there was some catch,” said Stanislav. He plans to pay bills using his winnings.