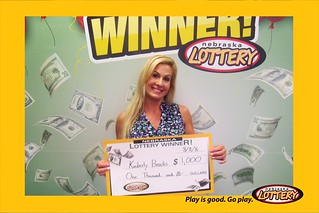 Brooks purchased her winning Mystery Doubler Crossword ticket at Speedee Mart, 5205 South 72nd Street in Omaha. Scratching the ticket, she revealed 10 complete words in the crossword puzzle for a corresponding prize of $1,000.

Brooks told Lottery officials that she was in disbelief when she learned she had won. She turned to the clerk. “Are you sure?” she said. “This can’t be right.”

With the extra money, Brooks plans to cover moving expenses on her way to Arizona where she will take permanent residence at the end of August.