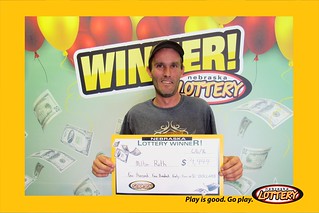 Roth purchased his winning The 4s ticket at Select Mart, 800 Dakota Avenue in South Sioux City, Nebraska. Scratching the ticket, he revealed one winning “FOUR” symbol for a corresponding prize of $4,444.

Roth told Nebraska Lottery officials that this was the biggest prize he had won playing Scratch tickets. Because of the prize, he took special care of his ticket. “Usually, if they’re winners, I’ll keep them in my pocket,” he said. “But this one I kept locked up in the truck.”