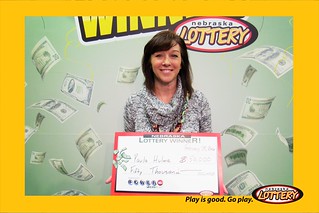 Hulme purchased her winning ticket at Pump & Pantry, 2028 North Broadwell Street in Grand Island. The two-play quick pick ticket contained one play with four of the five winning white ball numbers (2, 3, 40, 50, 62) and the Powerball number (5) from the February 10 drawing for $50,000.

While claiming her prize on February 25, Hulme told Nebraska Lottery officials that she learned she had won after returning to Pump & Pantry. “I stopped to get some coffee, and the clerk asked me if I’d checked my tickets yet because they sold a winning ticket,” said Hulme. “I thought she was joking, but I was pretty happy when I knew it was real.” Hulme had no definite plans for her prize, but indicated she might use some of her winnings to save for retirement.