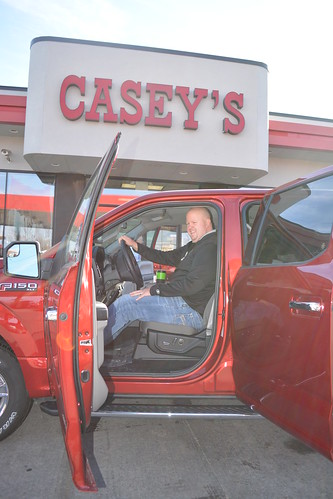 Patrick Logelin of Omaha is the first winner of a 2016 Ford F-150 XLT 4x4 SuperCrew Flex Fuel truck in the 21st edition of the Nebraska Lottery’s $2 Truck$ & Buck$ Scratch game.

Nebraska Lottery officials presented Logelin with his prize on Monday, February 29 at Casey’s. At the event, he stated that he has bought Truck$ & Buck$ tickets off and on for years since the first Truck$ & Buck$ game was launched. He learned he had won the truck prize after contacting the Lottery to check the ticket. Then he called his wife to share the good news. “I said, ‘Honey, I won a new truck,’” said Logelin. “She didn’t believe me.”