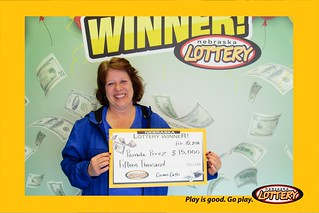 Perez purchased her winning Camo Cash ticket at U-Stop, 3747 South 27th Street in Lincoln. Scratching the ticket, she revealed matching numbers for a corresponding prize of $15,000.

There were three $15,000 top prizes available in Camo Cash. Perez was the third person to claim a top prize in the game.

While claiming her prize on February 16, Perez told Nebraska Lottery officials that she purchased her winning ticket while running errands. Later she scratched off the ticket and realized she had won the top prize. “I couldn’t believe it,” said Perez. “I was so shocked.” She plans to pay bills using her winnings.