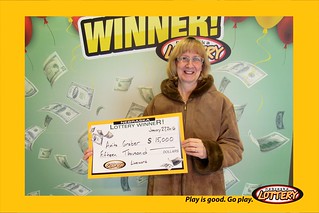 Graber purchased her winning Lineword ticket at Quik Pik, 310 East Reichmuth Road in Valley. Scratching the ticket, she revealed one complete word with a corresponding prize of $15,000.

There were three $15,000 top prizes available in Lineword. Graber was the third person to claim a top prize in the game.

While claiming her prize on January 27, Graber told Nebraska Lottery officials that she was “very surprised and happy” to win the top prize. She plans to pay bills and complete some home renovations using her prize money.