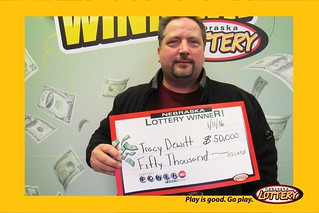 Dewitt purchased his winning ticket at Quik Trip, 4404 N 72nd Street in Omaha. He says he usually buys Powerball tickets when the jackpot gets unusually high.

While claiming his prize on Jan. 11, Dewitt told Nebraska Lottery officials that he’s been so busy since he won that his winning hadn’t really sunk in.

“This is the first free moment I’ve had,” he said. “It’s starting to settle in now.” Dewitt said he would use his winnings to take his family on vacation to Seattle to see his children’s grandparents.