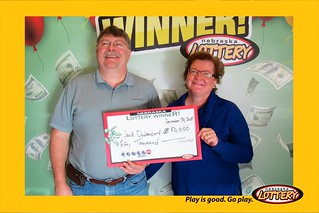 While claiming his prize on December 30, Dodendorf told Nebraska Lottery officials that it took some time before he realized he had the winning ticket. “I buy multi-draw tickets, keep them in a drawer and then check them later,” he said.  “When I went in to check the ticket, the clerk said, ‘I can’t cash this one.’ I couldn’t believe it.”

Dodendorf plans to pay bills and save for the future using his winnings. He says he’ll continue to buy multi-draw Powerball tickets with one small difference. “I’ll probably pay more attention to my tickets from now on,” he said.