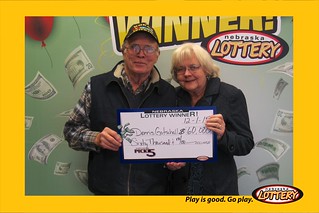 While claiming his prize on December 1, Gotschall told Nebraska Lottery officials that he was “shocked” to win. He plans to pay bills and take a trip using his winnings.